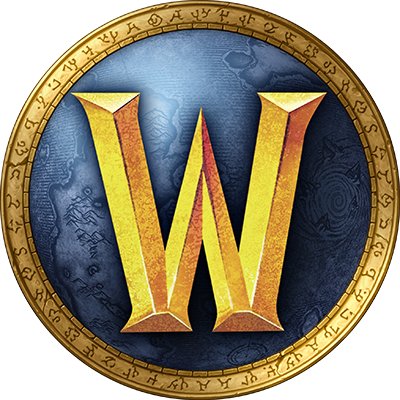 How to Become a Tank in 3 Easy Steps!

I am here today to explain to you just how easy it is to become a tank in World of Warcraft!

And voila! You’re now a tank!

Or, at least, that’s how I thought it worked, when I created my first monk.

It was in those last golden days of Draenor, that my guild’s off tank received an indefinite account suspension. He got caught using a bot, that he had used once to test it’s fishing abilities, and then never again, but failed to remove it from his account. As he began the appeal procedure, we needed to fill the tank slot. It took a bit before I came to the decision, but I figured it couldn’t hurt.

We had a formal bear tank(and a few off-spec bears), and a consistent, but not frequent Paladin. We already had a gaggle of Death Knights, and a few warriors that would pop in and out. What we lacked, was a monk. There was some protest to the idea of a Brewmaster, but once I got it in my head, I couldn’t be talked out of it. In my memory blazed a Pandaren monk, in orange lacy booty shorts who was virtually unstoppable. They had left the game, and it was time someone took up the mantle of the booty shorts. I rolled and kicked and threw kegs at a steady leveling pace. I was working in an office, but odd hours, 12:30 – 9, so playing regularly at night was a challenge, but my weekends were full of pushing her to 100. Then, it happened. On a stray afternoon, I logged in, somewhere in the 70 range, ready for my scheduled power level with our bear tank, to discover our account banned tank had returned, but instead of waiting for his appeal, he was just opening a new account, and recreating all his characters. Despite my weeks of training, he was already in the same level range.

“Why don’t you try healing?”

And in an instant, it was over. My tanking days were gone, and I was now a Mistweaver. We went to a new server, changed factions, became Alliance. I changed names, and took up the idea of tanking again, since we were all starting over. Being in full time employ again kept me from being able to power level, and I wasn’t confident boosting to a tank if I wasn’t fully proficient at max level. I kept being told there would be opportunity, and chances for me to learn to tank. I healed my way to the end of the expansion, dreaming maybe of making a Demon Hunter, maybe trying again with a new class to do the one thing I was absolutely hungry for.

Right before the new expansion released, when we all received our access to Demon Hunters, a name lit up across my friend’s list. The prodigal panda had returned. He laughed at my outfit, and empathized with my story. If I wanted to tank, I could tank, with him. He created a demon hunter, and a guild, just a small project, compared to the discord server list of people ready to raid when Legion started, and the Emerald Nightmare opened. He let me tank, a few times. Despite hesitations, a Demon Hunter and a Brewmaster make a good team. However, again, my job kept me out of pugged raids. He progressed quicker than my guild ever did, and my ilvl quickly became outdated. He was happy to carry me through, but as a tank? Not possible. Again, I found myself as a Mistweaver.

Now, I should mention, I never disliked healing, and for what it’s worth, it is something I excel at. I am a pocket heal for a number of regular raid groups, as they know if they run into trouble, they can call me in for a boss or two to get the raid back on track. I’m a mythic class healer, and it’s something I’m proud of, considering I can’t dedicate a lot of time to the game with my job. However, I put my heart into anything I do. I excelled at healing, because I put my heart into it, and if someone would just take a chance, and let me put my heart into tanking, I could be a great Brewmaster. Right?

Here we sit again, in the finally golden hours of Legion, a new expansion on the horizon. The Battle for Azeroth has been called, and with it, comes a calling to my roots in the Horde. Lys, the dreani monk, who has been a steady handed healing companion for over a year now is going to be taking a rest. Instead of a faction change, I have made the decision to retire her, to let her rest among the mist in the Temple of the Five Dawns. With her rest, comes big changes. The prodigal panda is gone again, the guild that delegated me to healing long forgotten.

Anna, confident and comfortable with her Demon Hunter has transitioned gracefully from the skin of a night elf to a blood elf, and has been zipping across the Broken Shore for well over a month, eagerly anticipating her belf sister to appear. With the decision to no longer heal, I strongly considered going back to my hunter. It’s been a long time since I’ve been able to sit back, and strong arm the dps charts with my menagerie. Or I could try to reinvest in the troll druid long forgotten on the server we moved to, giving me a chance to reconsider what rank I wanted to fall into when the new expansion starts.

My stalling on leveling was met with toe tapping and eye rolls from Anna, eager to begin raid progression. She didn’t care what I did, or how I did it, she just wanted me there, because Azeroth can be a lonely place. Ultimately, the choice was easy. I logged into my account, and selected the name of our new server. I chose a monk, and customized her face, her hair. I named her, after a lesser known Greek goddess, but a goddess so powerful she was feared by Zeus himself. I hit “Create Character”, and voila! I’m now a tank.

As the Battle for Azeroth begins, I will not stand on the balustrades, raining arrows on my enemies, nor will I stand with the priests and the druid trees. I will be on the front lines, fighting and protecting the world I love, beside the one person who has stood by me since she began. I’ve decided going forward, I’m not going to be a pocket heal, or a backup DPS. I’m not going to wait for someone to teach me to tank, because I already know how, and I have for a long time. I’m not going to wait for someone to believe in me, and my tanking abilities, I’m going to believe in them myself.

Anna and I have chosen to forge our own path, a new path, together, and we plan on doing it like we do everything else, Extra Hot, No Foam.